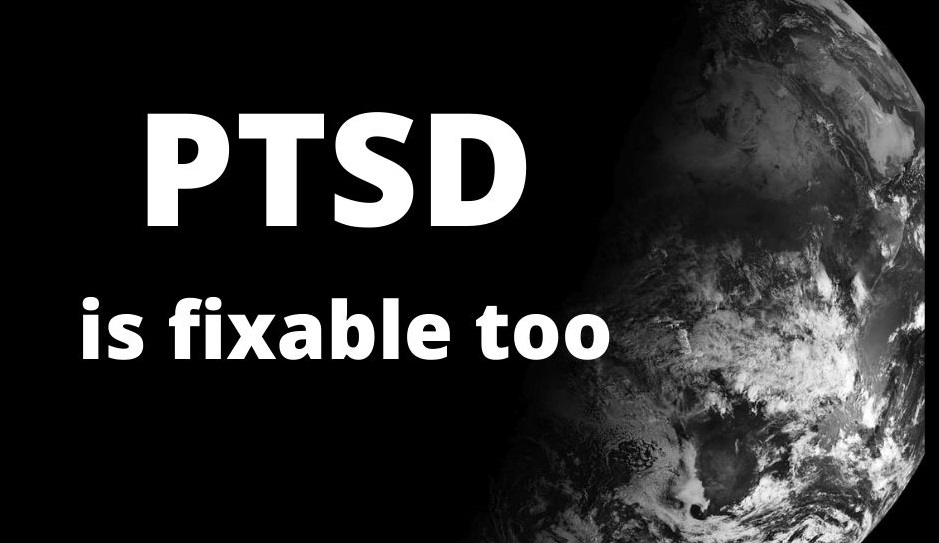 It looks like you’re getting a series of articles on all the crappy things in the world that are fixable!

The flashbacks of PTSD are “just” Mental Feel at work.  That’s the same Mental Feel that is part of your Inner Guidance system that brings you peacefulness, excitement happiness and joy.  It’s not only fixable, there’s a GIFT in PTSD when you know how to access it.  And yes you have to be prepared to do things differently, but if you’re suffering with PTSD then what you’re doing now isn’t working hey?

If you’ve not worked with me before and don’t know what I’m talking about re Mental Feel, then this 10 minute video presentation will explain.  I don’t talk a lot about the vision aspects of Mental Feel in this video – I kind of glossed over it a little because some people think that full on visions are a bit weird – but it’s only people who don’t have visions and imagination as a large and very natural part of their Inner Guidance system that think they’re weird. 🙂

For some reason I’m thinking of money when I write about PTSD.  I suspect it’s because this condition makes it difficult to earn a living.  We don’t allow money to get in the way of people getting what they need.  There’s a bit about clinic scholarships below.

YOU get to pick what you want to work on – if it’s PTSD – you’d better make it a bigger goal than that, because the PTSD is just your Mental Feel at work. Yeah I know, PTSD with those shocking flashbacks is huge and debilitating and shockingly damaging to lives and spirits.  I am not one scrap downplaying the horror of it.  But still – it’s people’s very ordinary Mental Feel at work – in whopping overwhelm – but it’s still just a part of people’s Inner Guidance system at work and because of that I’d like you to pick a bigger, more exciting and feel good goal for your clinic than just fixing PTSD.

So when I say you’d better pick a bigger goal to work on than PTSD, it’s  that I’ve “seen” that when we experientially teach you how to use the  Feel of your Inner Guidance system with a goal that makes your heart all smiley, then dealing with the Feel of the trauma that is causing the PTSD, is sooo…. much easier.

Like everything we do, you have to be prepared to do your bit, because although we’ll support you, I’m not dragging you up the bloody hill.

It’s $250 and about 5 hours a week for four weeks, of the best investment of time and money you’ll ever make in your life.

If life is lacking in money at the moment (yes that too is bloody fixable!) then there are full and half scholarships available paid for by old students who are still part of this lovely community, who want to share what they got from this work. Email me if you need one. And email me if you want to add to the scholarship pot.

We’re holding two live sessions a week for 4 weeks to cover the different time zones so that you’re able to join in LIVE. (See my note below about the consolidation gap in the middle.) You get to pick which session you attend AND even though there are recordings, you’ll want to do your utmost to attend at least one session per week live. That’s because each session is interactive with those who are participating LIVE and there’s a benefit in being part of that. Because each session is unique to the participants (even with the same subject matter) you’re welcome to listen in or be on recording for the second session in the same week as well.

We’re doing Tuesdays 6.00pm Melbourne time and Thursdays 7am Melbourne time, starting on Tuesday 5th April, with a consolidation week in the middle of the four weeks with no sessions between 14th and the 25th April – i.e. the four week clinic will be over FIVE weeks. Here’s a link to the World Time Clock to find out what those times are for you.

You’ll start receiving my famous 30 second emails daily from signing up, with the opportunity for people new to this work to go deeper with extra resources into aspects of this work that particularly interests you.

And I’ve already talked about the extra support systems we have in place for people experiencing serious stuff – that starts from sign up too. I’ll ask you about that in one of the early emails.

If you’re already experienced with using your Inner Guidance system, this is your opportunity to fine tune it and get closer to mastery or you can take advantage of this amplified field to solve something bigger.

The live sessions will start on the 5th and 7th of April depending on the time that suits you, but your journey and your first lesson / email and the ability to start feeling good about whatever problem or issue that you bring to the clinic, will start from the time you join us.

Start feeling good about it now. $250