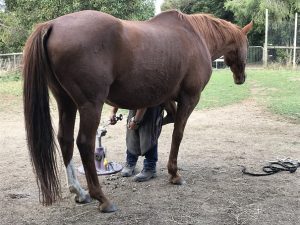 One of the reasons that I think governments are biting off more than they can chew with force or coercion or duress around vaccines, is that some figure north of one in three women are going to resist them at the ballot box to the death and beyond. ” Why is that?” I hear you say.

Before I go into this next bit which could well raise some sensitivities and righteous outrage – if you’re triggered by this article, then please don’t suffer in silence – there’s been far too much of that.  Email me if you don’t know where to seek help, we’ve got a wide community in more than 14 countries and there’ll always be someone who knows where you can find what you need.

So why am I suggesting that one in three women will resist any government at the ballot box that uses force or coercion or duress?

That’s because one in three women report being sexually abused at some time in their life.  That figure is sexual abuse only and doesn’t include those subjected to violence.

That’s more than one in three women, who resisted or wished they had resisted or were powerless to resist in the face of some man’s calculating manipulation of their vulnerabilities. That’s one in three women who carry the scars of force or coercion or duress or calculating manipulation AND WE RECOGNISE IT WHEN WE SEE IT AGAIN.

I’m talking to some politicians that will be reading this now:  some of these women will comply with your vaccine mandates or whatever else you try to force on us against our will, some will stand and yell and swear at you at the protests, some will fight you to the death – but none of us will ever vote for you again.  This stuff is so visceral that many women may not even understand why they feel such distaste and will never vote for you again.

And yeah not to downplay the blokes who have suffered, I get that this isn’t always about women either.

So, ladies, if you’re in a situation where you’re going to have to comply with vaccine mandates and you’ve got that ball of anger and rage and grief in your innards, then join us this weekend for the homeopathic workshop to reduce or even eliminate the side effects of vaccinations and at the same time come to terms with that screaming inside you.  It doesn’t mean that that you should necessarily have a vaccination afterwards, it means you’ll be closer to a place of real choice.

Far out… I’ve long come to terms with my abuse,  and I came to terms with and rewired  the brain pathways of  resistance that my abuser’s actions prompted when he died recently and still I’ve got tears in my eyes as I write this.  I had no idea this is what I was writing about today…

If you can’t afford this cheap little workshop, then there’s a whole heap of old students who’ve come forwards recently and offered to pay for those who can’t afford stuff.  So find your desire to get rid of this crap, email me and just ask.

Today’s Photo:  Bobby’s last feet trim before he died just before 30 years old.  Not surprisingly in hindsight, he was a master at mirroring my resistance and yet he STILL brought us all this wonderful connection work.  Bless his little white sock!  Click here for a shortcut to the workshop details if you need them. 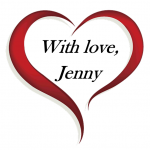